Road crashes and smoothing the flow

As this slide from a 2012 TfL survey shows, drivers on London's main roads are much more likely to report delays due to roadworks than due to road accidents ('collisions', more accurately) - but TfL's own data shows that in reality collisions are a much more significant source of delay. 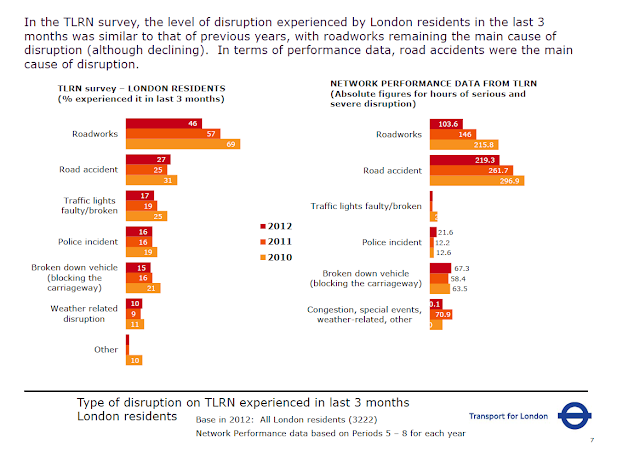 And while delays due to roadworks have fallen, presumably due to a flurry of TfL measures designed to reduce the number and length of works on main roads, delays due to collisions remain stubbornly high and are now more than twice as large as for roadworks.

So just as Andrew Gilligan has been selling his cycling strategy as a way to reduce congestion, shouldn't we also be seeing a big push to drastically reduce the number of road crashes as a way to 'smooth the flow'?
Posted by Jim at 08:27